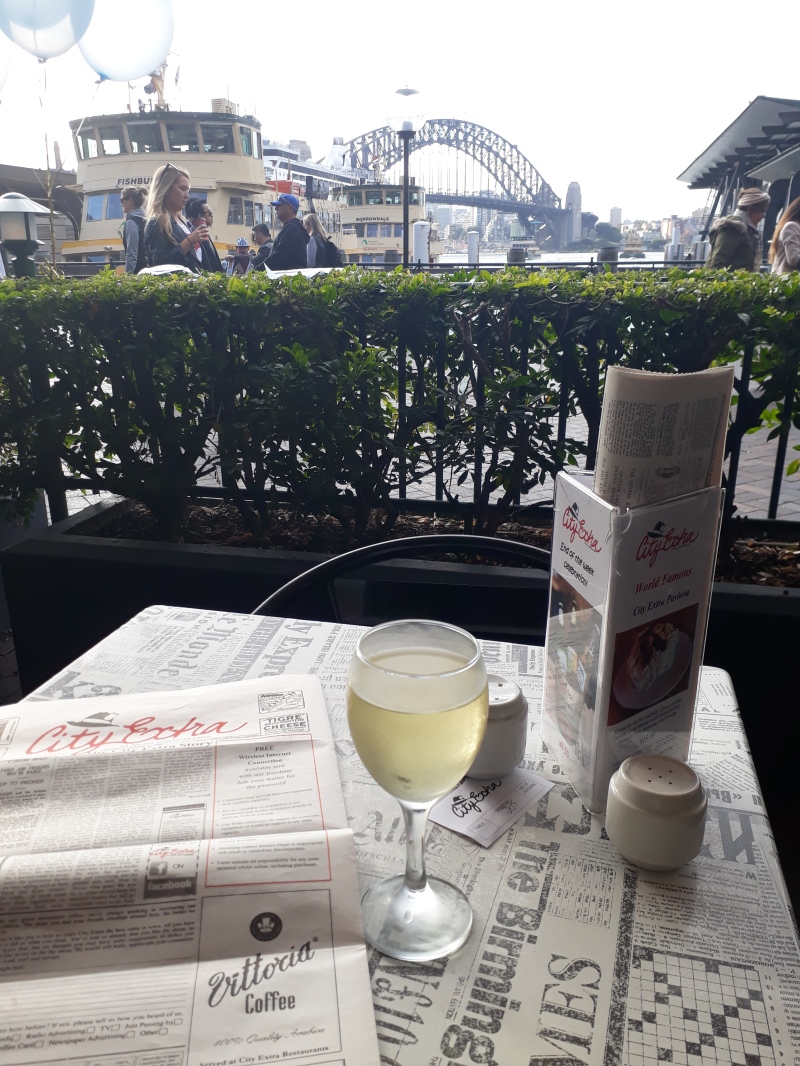 Off Topic – Wynns Coonawarra Riesling, by the glass, on Circular Quay

No sooner was I back from Fiji, but I had to fly to Sydney to inspect a new client’s office premises.

After a whirlwind morning and afternoon session of meetings, walk-arounds, note-taking and photograph-making, I found myself back on the street outside the client’s building, finished, and with a couple of hours free before I was due to check-in at Kingsford-Smith Airport for the sleepy-eye back to Wellington.

So I headed for Circular Quay. I took the usual touristic pictures of the bridge and Jørn Utzon’s famous sails. I watched a piano accordion player accost the ears of passers-by with his (deliberate, I think) atrociously out-of-key playing.  I watched the yellowing and green passenger ferries come steaming headlong in to crash-stop at the docks, and watched the heavy wash from their reversing propellers heave and surge against the massive timber barriers that bulwarked the quayside. I watched meandering groups of aimless Maroons stink the place out, filling in their own time before Origin Game 2 kicked off.

Finally, I settled down at City Extra, below Circular Quay Railway Station, with a glass of Wynns Coonawarra Riesling, and watched the local world walk on by for a bit. I don’t recall anything about the wine. The waitress offered to go find out for me about the vintage, but I said, it’s ok, no worries.

This entry was tagged Off Topic, Wine of Australia. Bookmark the permalink.