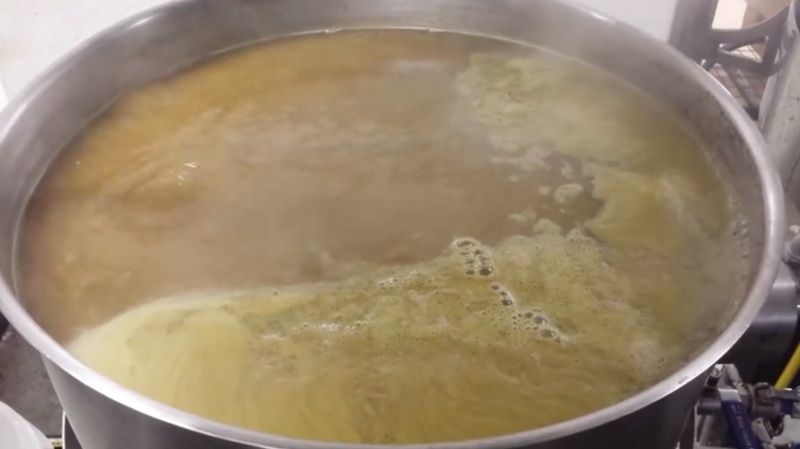 I recently joined five mates down at the Occasional Brewer to make a couple of batches of beer together. OB provides ingredients, brew stations, and advice and guidance to budding craft brewers who want to have a go at making beer.

And so we did. R and S and I made an IPA/APA called Turbo Charger, and R and R and A made an NZ IPA. It took about three hours for us to make about 80 litres of beer, all up. Really interesting – I’ve never done this before. We had a few pints of the Occasional Brewers own beers (an IPA, Best Bitter and an Oatmeal Stout) during the process, and had lots of laughs. And I don’t think we f**ked things up that much either.

The picture above shows 40L of “wort” towards the end of its 50 minute rolling boil stage. The greenish scum is from 200g of various hops we added to the mix about 10 minutes earlier.

We bottle on the 28th, and the six of us will walk away with 13 litres of beer each. I have to pop in a few days beforehand to “dry-hop” the brews, cos I live closest. We should stand the beer for a further two weeks. I’ll keep you posted on the results.