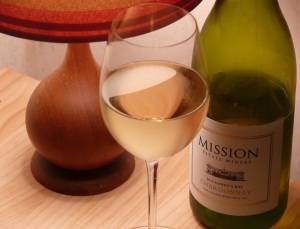 I recall early last year listening to Nick Buck at the 2013 Te Mata showcase telling us attendees how good the 2013 Hawkes Bay vintage was looking. Commentators since have been saying the same thing:

“Some are calling the Hawke’s Bay wine vintage of 2013 the best ever, a once-in-a-lifetime vintage created by an exceptional summer. Roger Moroney asked Hawke’s Bay Winegrowers Association chairman Nicholas Buck what the stunning vintage meant to the wine industry and the region. Buck says, “The 2013 wine growing season is certainly a 10 out of 10 vintage for Hawke’s Bay. The long, dry, settled summer provided ideal conditions and 2013 will undoubtedly produce some of the greatest wines in Hawke’s Bay’s wine history.”

“For Tim Turvey of Clearview Estate Winery, this was the best vintage in his 30 years of winemaking. “2013 will be the Hawke’s Bay vintage of the century; it’s been perfect across all varieties.”

Tony Bish of Sacred Hill makes the same claim for his 32 years’ winemaking in New Zealand. He believes the 2013 vintage will be one that “people drink and talk about for the next 20 years.. the ‘best in living memory… the stuff legends are made of’..”

“Overall, the wines that will be rolling out in two to four years’ time will have people talking about Hawke’s Bay, and our suitability for producing later ripening reds and chardonnays, for years. It’s going to be good for wine drinkers who will be accessing better wines across the board,” says McDonald.”

So, hencely, I’ve been eagerly waiting for the ‘13s to arrive on the shelves.

However, I think it’s easy to imagine that the top wines will be good. Hell, they are often great in average years. So how about the sub-$20 drops? Will this top vintage improve some of them to the point that they could be collected in bulk, and stored for later, and for longer, and provide more rewarding enjoyment, for mere pennies? I’m going to take a good look at this category over the next few months, starting with this supermarket standard…

13%. Light yellow. Fresh nose of peaches and apricots, with a citrus zing. In the mouth the wine exhibits a light body, with freshness and ripe fruit, but shows enough austerity and acidity to give it a nice character. It’s not a fruit bomb, nor a butterball, and that’s good.

The quotes above have come via Hawkes Bay Today, The New Zealand Herald, and Decanter.com. Thanks and hat tip.